In the summer of 1993, following the disappearance of her parents, six-year-old Frida (Laia Artigas) moves from Barcelona to the Catalan countryside with her aunt, uncle, and younger cousin Anna (Paula Robles). Although her new family embraces her, Frida struggles to adjust in an environment that seems mysterious and estranging. Winner of the Best First Feature Award at the 2017 Berlin International Film Festival, Simón’s autobiographical drama is a captivating, emotionally frank reflection on family relationships and childhood loneliness, anchored by moving performances by its two young stars (Laia Artigas, Paula Robles).
Posted by dp at 8:12 PM 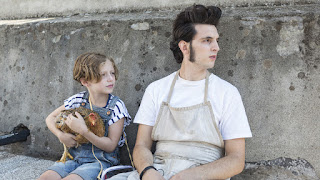 While taking a cigarette break on a rooftop in Rome, a young baker (Giacomo Ferrara) notices a curious fowl plummeting from the sky. He crosses from one rooftop to the next to get a closer look, and what he discovers is the beginning of a journey down an urban rabbit hole of incredible situations and bizarre characters (including one played by a delightfully off-kilter Lou Castel). Documentary filmmaker Fulvio Risuleo’s fiction debut is an odd bird indeed, an unpredictable and imaginative twist on the road movie that evokes Alice in Wonderland...
Posted by dp at 11:37 AM 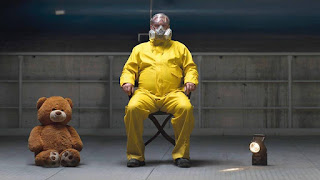 This wildly ambitious documentary follows four men who work in isolation at remote scientific and industrial sites around the world. Like monks, they carry out their daily tasks in silence and solitude, creating products soon to enter the capitalist cycle of production, consumption, and destruction. A ravishingly beautiful audiovisual experience, Giorgio Ferrero’s debut feature is a transfixing work about the origins of consumer society imbued with a musical sense of rhythm (Ferrero is also a composer and sound editor) and a wealth of aesthetic ideas about the way we live now.

This is presented in a context of worldly immensities: the vastness of Texas oil field lands, the vastness of the oceans, the loneliness of humans in some of these consumer-propelled professions.

The director, with his ear for music and cool handling of topics, allows the viewer to create their own emotional landscape(s) inside the luscious visuals. When we witness the final "music-video version of ourselves" joyfully dancing at the temple of consumerism (the shopping mall), we know that the director and all of the creators of the film are looking at us for our response.  -- dp
Posted by dp at 11:14 AM 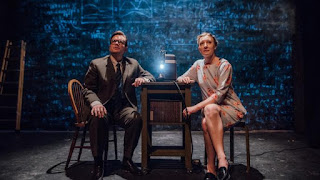 In 1949, Dr. Jacob "Bruno" Bronowski installs a secret, alarmed room in his house. Fifty years later, his grandson and his blind date delve into Bruno's locked room for the first time, unearthing echoes from across six million years of human history.

Inspired by Yuval Harari's international bestseller, Sapiens: A Brief History of Humankind and the work of the mathematician and intellectual behind hit television series, "The Ascent of Man", Jacob Bronowski. 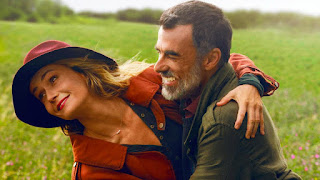 Francesca Comencini adapts her own novel for this intelligent, intensely felt romantic comedy. Academics Claudia (Lucia Mascino) and Flavio (Thomas Trabacchi) have been a couple for seven years, but their physically and intellectually passionate relationship seems to have reached an impasse, and neither of them understands why. As a result, Claudia begins a process of reflection and self-exploration to come to terms with Flavio’s love in light of her own insecurities and neuroses. This funny, charming movie reveals the inner work we must do in order to move on with our lives.
Posted by dp at 8:15 PM